There is so much excitement and decor with pumpkins in the fall, but they are a food! I wanted to write about this a couple of years ago, when I was eyeing up people’s decorative squash for food, but I did not have the courage (to write about it or take them for food).

On March 4, 2013, The Special Rapporteur reported to the United Nations on his mission to Canada (the report is available at srfood.org). He reported that, “In Ontario, Ontario Works rates for a single person are $599 per month for basic needs and shelter, yet the average rent for a single apartment is $715, leaving a deficit and no money for food, let alone a nutritious diet.” If he was reporting on the previous year’s numbers (2012), then I was in that data. My rent was “cheap” – $700, but my heating oil cost me $3000 one winter in that home. Sometimes we forget that essential cost of living when we compare Canada to the rest of the world (https://www.cbc.ca/news/canada/hamilton/basic-income-1.4882734).

I know, it is hard to imagine, but when you think about it, it is also hard to imagine how much edible product gets dumped into our recycling bins in November, without even a thought. Does anyone even bother to at least roast pumpkin seeds anymore?

This article does a good job of telling the story. https://www.cbc.ca/news/canada/spooky-statistic-most-edible-pumpkins-end-up-in-trash-1.4859127? 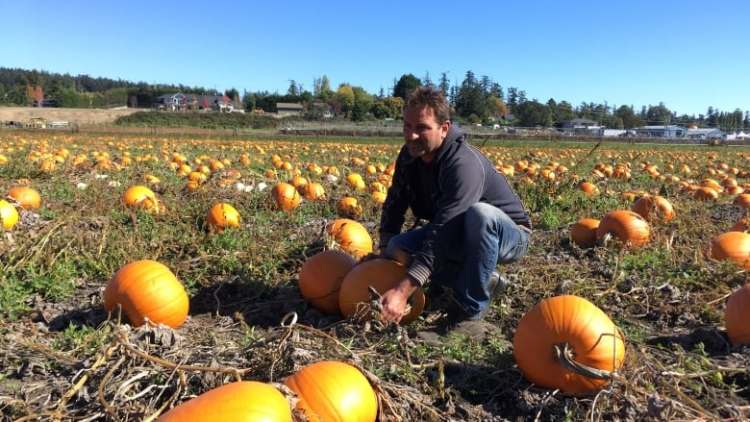 #SayItLikeItIs: Kaytlyn writes not only about applying a spiritual care therapeutic model to farming, but also how collective cultural narratives impact the choices we make that result in a pervasive "don't care" attitudinal construct towards Earth and Her landscapes. (formerly Gayl) View more posts